The Philips Airfryer allows deep frying with hot air. The product is already highly popular in the Netherlands. Therefore, Philips also wanted to inspire its Belgian target group with nice content and tasty Airfryer recipes. We supported Philips in this, by using 5 Belgian influencers and scalable content creation.

5 Belgian influencers, amongst them Hapjes Princess and Empty the Fridge, had the chance to extensively test the Philips Airfryer.  They tried out the best recipes, ranging from classic Vlamish fries to gluten free muffins on a banana basis. By doing so, the influencers showcased the versatility of the Airfryer and inspired their readers with delicious recipes.

Karen Priem, Sr. Media & Campaign Manager Personal Health Benelux, Philips: “Influencers are a driving factor in the decision making process for a product purchase. In the Netherlands we already regularly implement influencers in our media strategy. The wish for involvement of influencers in Belgium was strong, however it proved not to be easily realized. In cooperation with Adfactor we found a way to also use influencers in Belgium and reach our local customers. And we did so successful; the media performances exceeded all our expectations."

Belgian influencers started their work with the Philips Airfryer. Here a couple of published sponsored stories of our influencers:

The content of our 5 influencers is distributed through our contentwidget. The content is displayed on our Dutch food-, moms- and lifestyle channels with the special target of reach in Vlaanderen. By doing so we increased visibility and the unique reach of the articles. 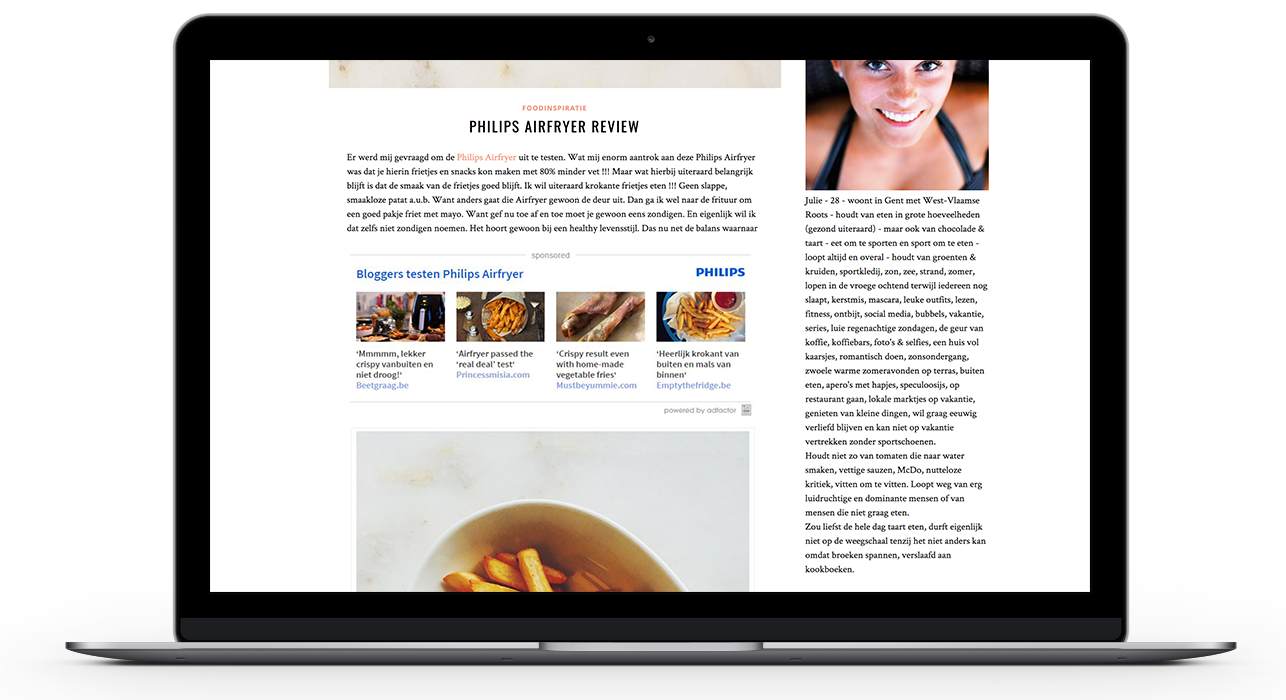 how to reach us

parkeren
In our area there is paid parking.

plan your journey to Adfactor